skip to main | skip to sidebar


As a recovering perfectionist, it probably isn't surprising to say that when I was in school, I was pretty much a straight A student. I didn't always get A's but I tried and I believed that was what I was supposed to be doing: earning the grade, pleasing the teacher, achieving excellence. Which oddly enough, I did not extend to myself: I might receive the A, but a good grade did not translate into self esteem.

So my dark secret - the one time (yes, one time) I did not receive an A or a B but gasp! a C grade was in a college watercolor painting class. 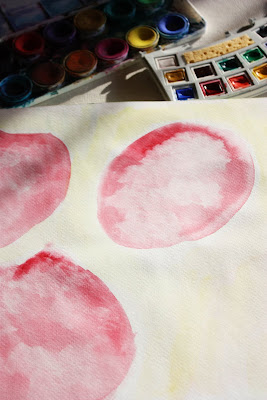 I found myself recalling that bleak moment in my life as I enjoyed a leisurely afternoon yes, painting with watercolors. On a total lark (and because I cannot resist at least checking things out) I decided to look into this whole poppy madness:

Now I should give a warning that if you are a total art materials junky and are trying to go cold turkey, then don't look! Because once you watch a few of these joy-filled lesson videos, you will find yourself making an art supply list (and also praying to Mr. Blick to please send out another 40% off discount love note ... I mean, postcard) and heading out to your car, debit card in hand.

Wanting to just indulge myself today, I decided to paint some poppies. I mean, poppies to me evoke a kind of light-hearted freedom and bliss. Maybe it is the French association - Monet and all his poppies - but I think poppies and I think countryside jaunts, wine, flirty skirts and lots and lots of sunshine. Total joie de vivre. 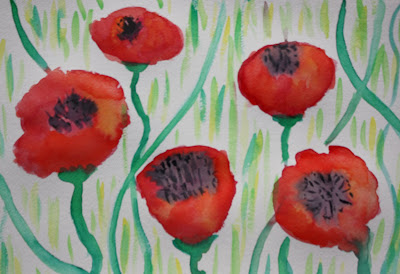 So while I was digging the juiciness of the whole poppy/watercolor experienced, I remembered that C grade. What was particularly galling about that grade was the fact that I so thoroughly enjoyed the class. I went to college where we took one class at a time for 3 1/2 weeks, so every day for hours at a time I was in the studio painting.

I mean, I was experiencing the life of a painter!

I was learning by studying and copying the works of great watercolor artists. To really learn about technique there is no better practice than to study a work and try to replicate the technique. Look at Andrew Wyeth's paintings and you will learn volumes about the color white. Winslow Homer taught me buckets about suggesting forms through the barest of brushstrokes. And Cezanne? Oh man, let me tell you about his apples ...
It was heaven.

And then I got that damned grade. I knew my final project was not the best work I had done but it was what came out of me in those final days. I had learned and grew and developed and I was pissed to receive what amounted to me as a failing grade. The whole experience felt discounted because the professor rated me so low.

In an unusual move for me, I went in and fought the grade. The fact that the professor rarely showed up in class and that Mr. Wyeth and Homer were my main instructors discredited any authority that gentleman had in my opinion. (He also retired at the end of that year which speaks volumes right there.) I stood up for what I had accomplished in the course and argued that I had worked really hard (which I do not believe qualifies one for an automatic higher grade, but others who came in with talent did very little to improve their skill) and that my grade did not reflect that. At the time I was fighting for my GPA but now I see I was also fighting to preserve my memory of the experience. I mean, I loved painting! And how dare that old man rob me of that!

I must have been convincing (or he was old, tired and close to retiring and probably figured in the larger picture, did it really matter what grade he gave me?) because he changed the grade to a B. (Side story: years later when I T.A. my first art history class I had a student who was borderline B+/A-. He was an engineering student and was way outside of his normal way of thinking within the class. In the end I gave him the A grade because I knew that would seal the deal on his new-found passion for art. I was not in the office when he picked up his final exam and saw the grade, but other instructors told me "He was the happiest student we've ever seen." I'd like to believe he still loves art.)
So what does all this have to do with angels? Before going to bed last night I was listening - again - to my mentor Mr. O'Donohue and he posed this playfully wonderful question: At the angel bar in heaven, what stories might your angel be telling about you?
I believe my angel would be saying this (over a good pint of hard cider because that's how my angel must roll): The dear lamb ... she often gets it, really gets it and then she goes wandering about again. Sigh. (another swig) I keep at her though because she so damned amusing! I mean, I've costumed myself as a blue coyote for heaven's sake! I just let her go because one day she will tire of these antics and then, oh then it will be magic! 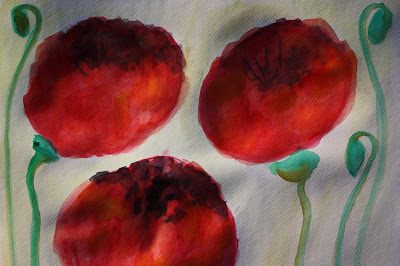 i mean, i don't even care that my poppies look like blooming tomatoes -
they are just so much fun, nay, JOY to paint!
Perhaps a whole room filled with fat, juicy, red poppies would be a place to start? (Although - and here I go again - I am thinking about Mr. Van Gogh and his affair with sunflowers and wouldn't a whole journal of sunflowers be grand?)
Don't be surprised if the next time you hear me, I am speaking with either a French or Irish accent. Just feeling that way these days. And there is sooo much more to tell ... 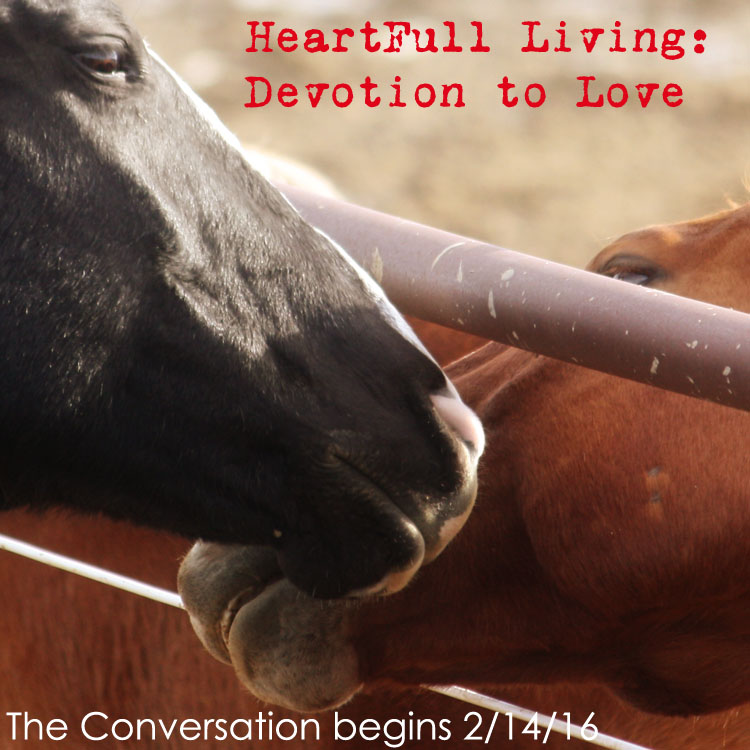 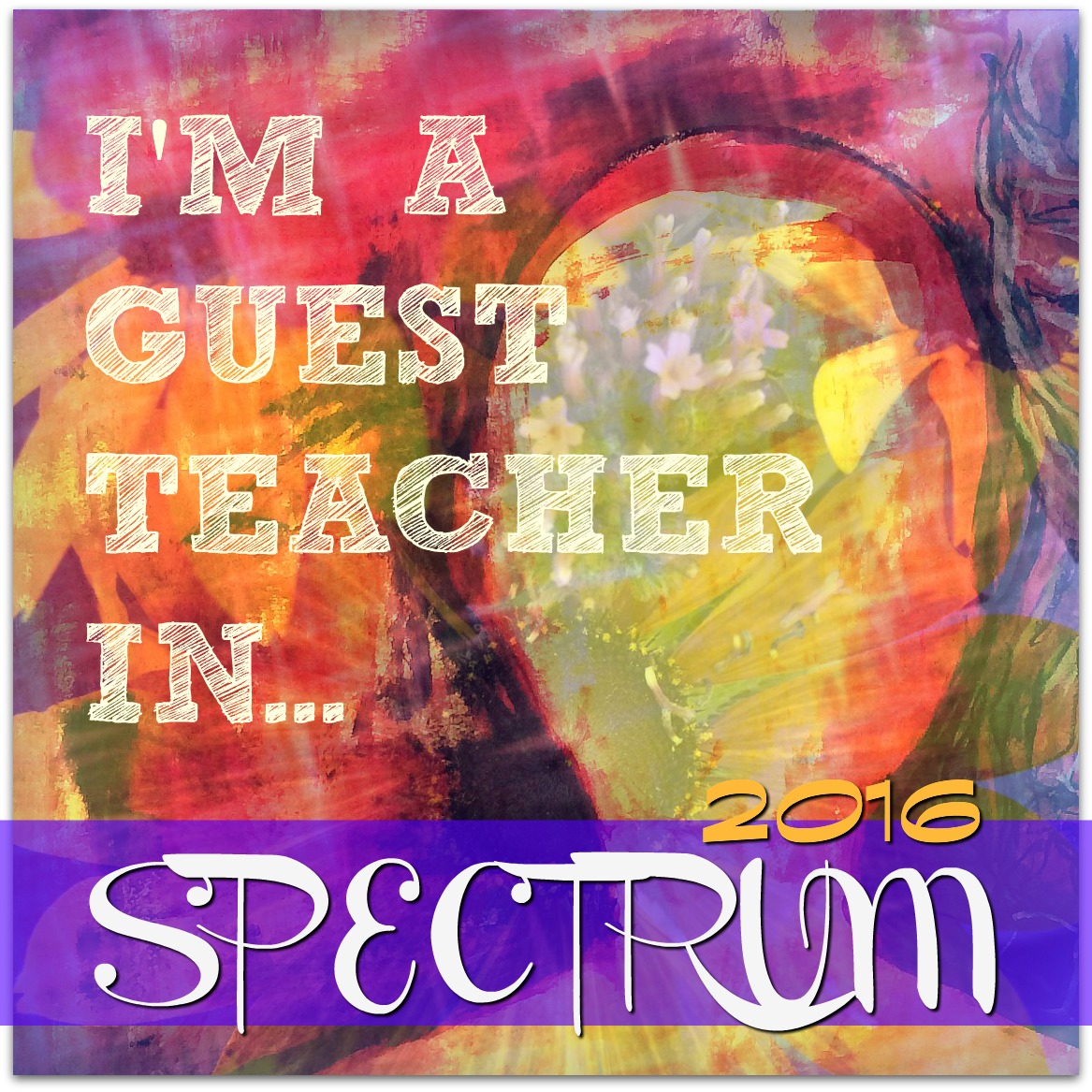 Join in the fun! 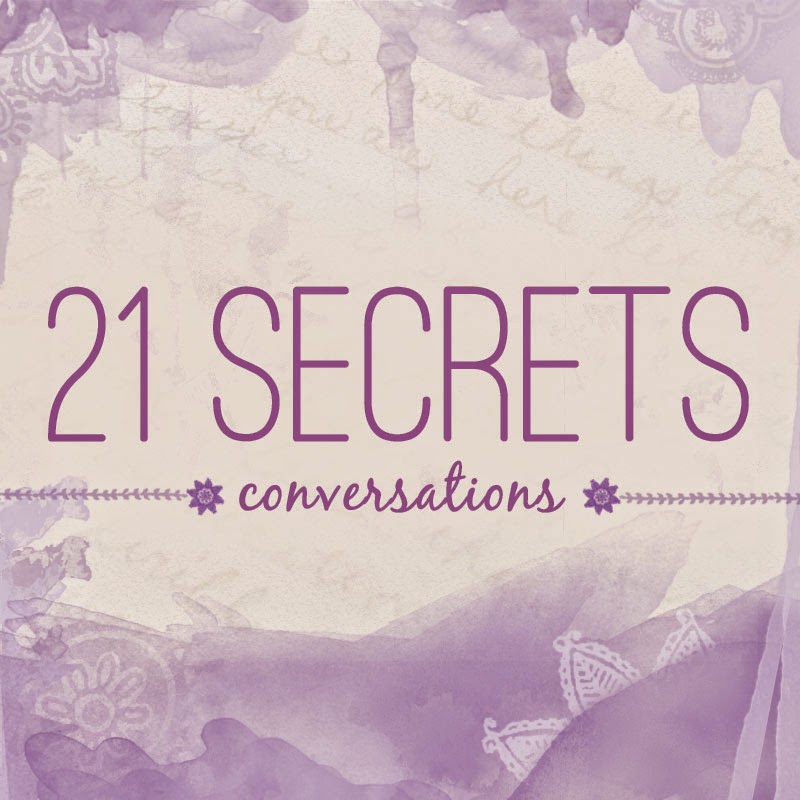 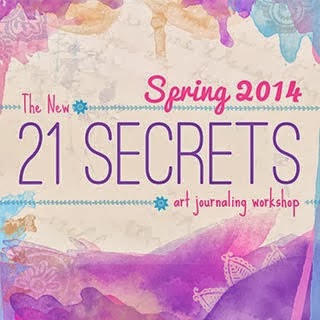 Join Me and 20 other Inspirating Artists 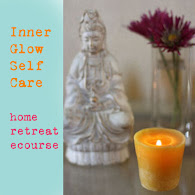 Join my circle of Love!

Painting with a Purpose 2011

Painting with a Purpose 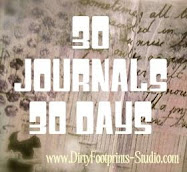 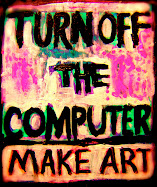 The story of my journey to Cowgirl featured here:

Lis
Living in the Midwest, trying to weave magic into my days any way I can.

All words, photographs and art work on this site are (c) Lisa Hofmann unless otherwise noted. If you want to use any of my work, please make sure I am credited and drop me an email Lishofmann88(at)gmail(dot)com or leave a comment. Keep your karmic field clear! Each of us has an abundance of gifts and talents, so tap into yours ♥